Almagreira is more than just a house, it is the culmination of a long love affair with the Azorean islands, and a desire to create a realm of the senses imbued with happy memories.

The history of Casa de Almagreira dates back to the early 1980’s, to a time without internet, mobile phones and other modern comforts, when the owner, as a young child, discovered the Azores:

Seeing for the first time the luscious green and blue landscape contrasting against black volcanic rock;

He discovers the ocean, learns to fish with a simple rod on “Porto das Pipas”, dives into azure blue waters and encounters fish of many shapes, a rainbow of colours; he walks in the forest learning how the birds sing and listening to blackbirds running on the fallen leaves;>

He learns that ‘Paradise’ is another word for ‘Azores’.

In the early 80’s, his long summer holidays were spent in the Azores, discovering many of the islands, days that remain a blissful memory throughout his life.

After 30 years, having explored all of the Azorean islands, Santa Maria is settled upon as the Island of choice.

In 2008, the purchase of the old estate saw the beginning of a new path for the house, a project of renewal and refurbishment began, walls were stripped down and exposed and a new layout created.

The hand of the Architect is embedded within the spirit of the estate, Almagreira became his homage to those early days in the Azores. The boy grew and the house was reborn from a desire for his children to experience the magic of his childhood memories. 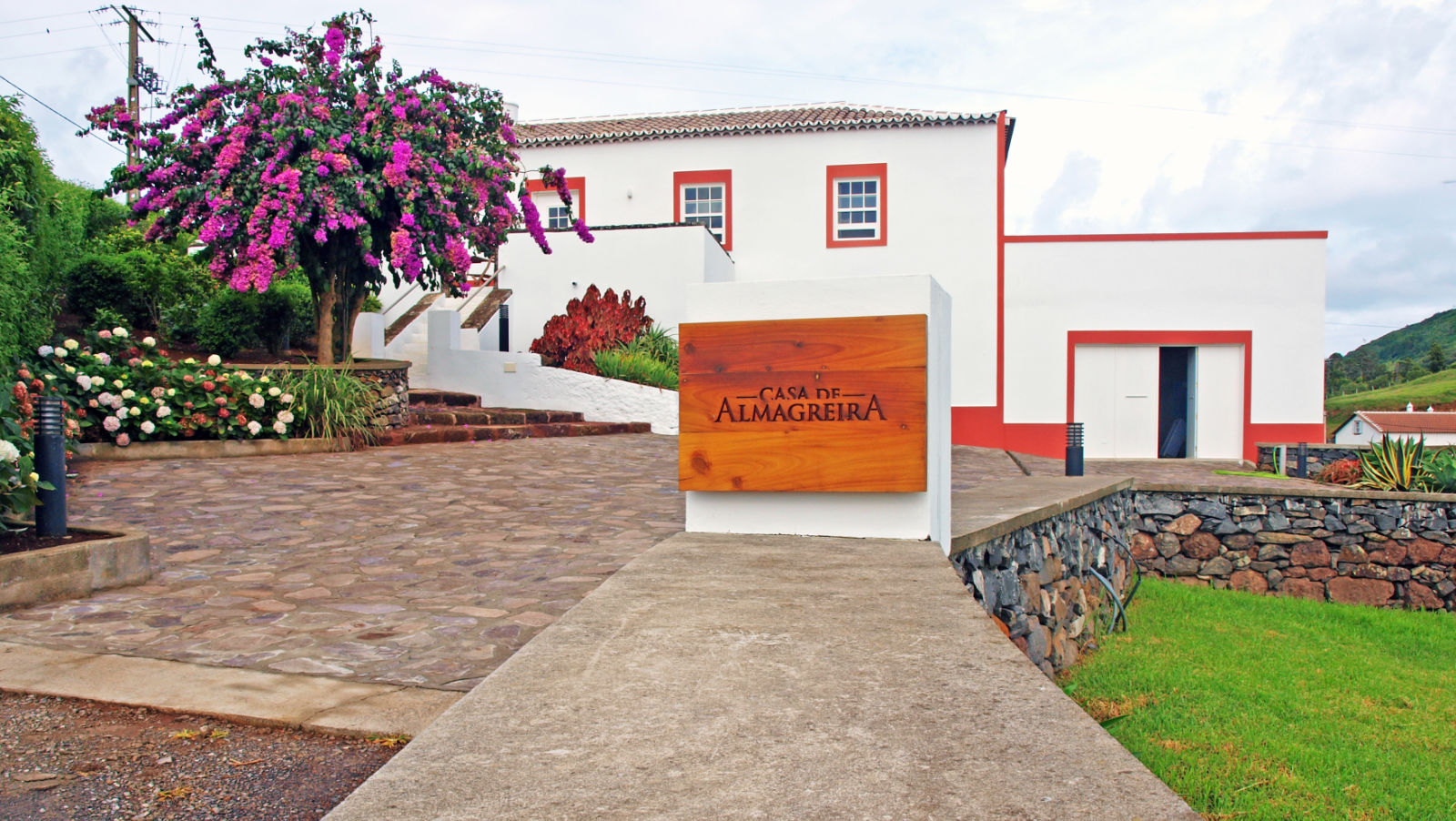 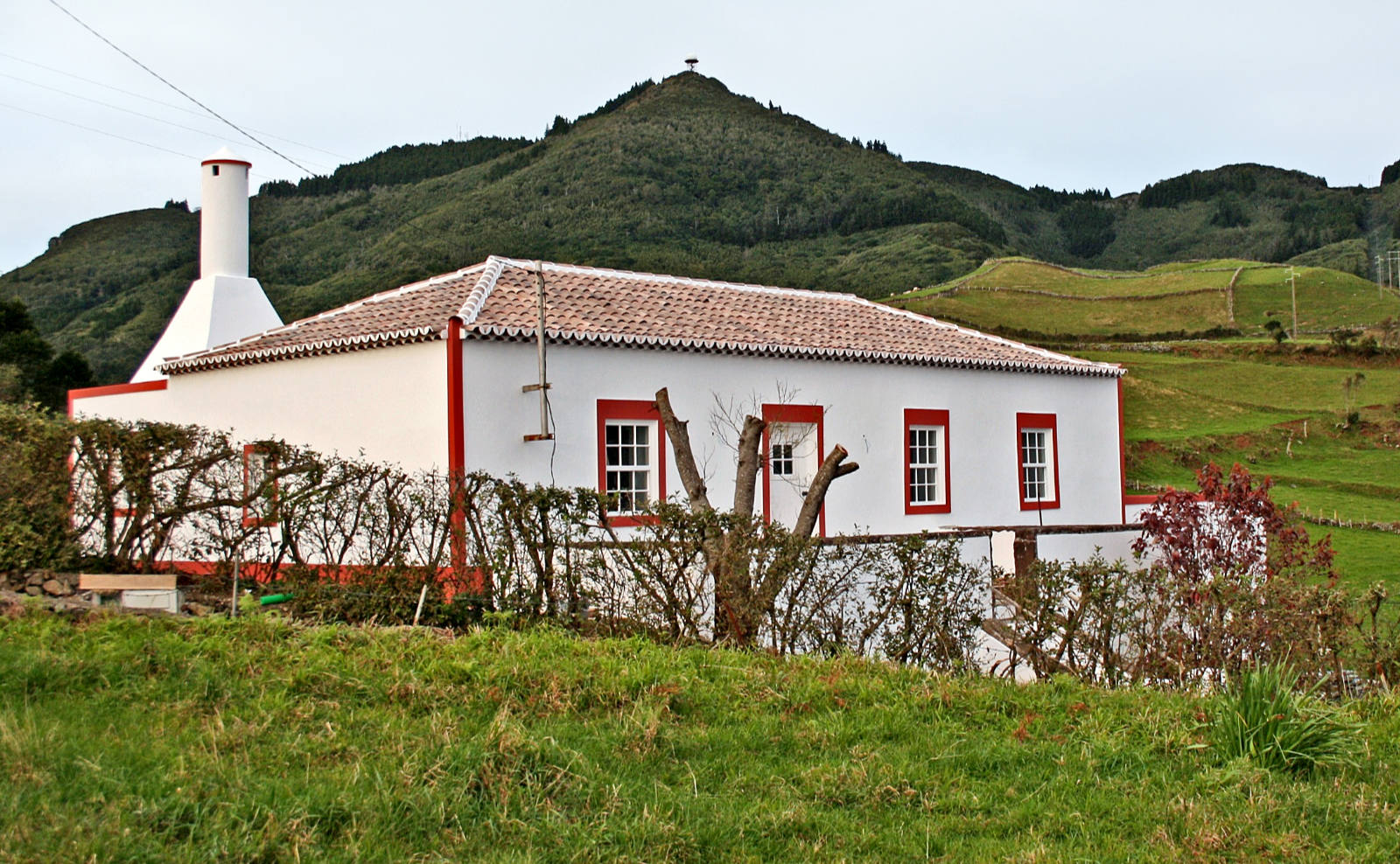 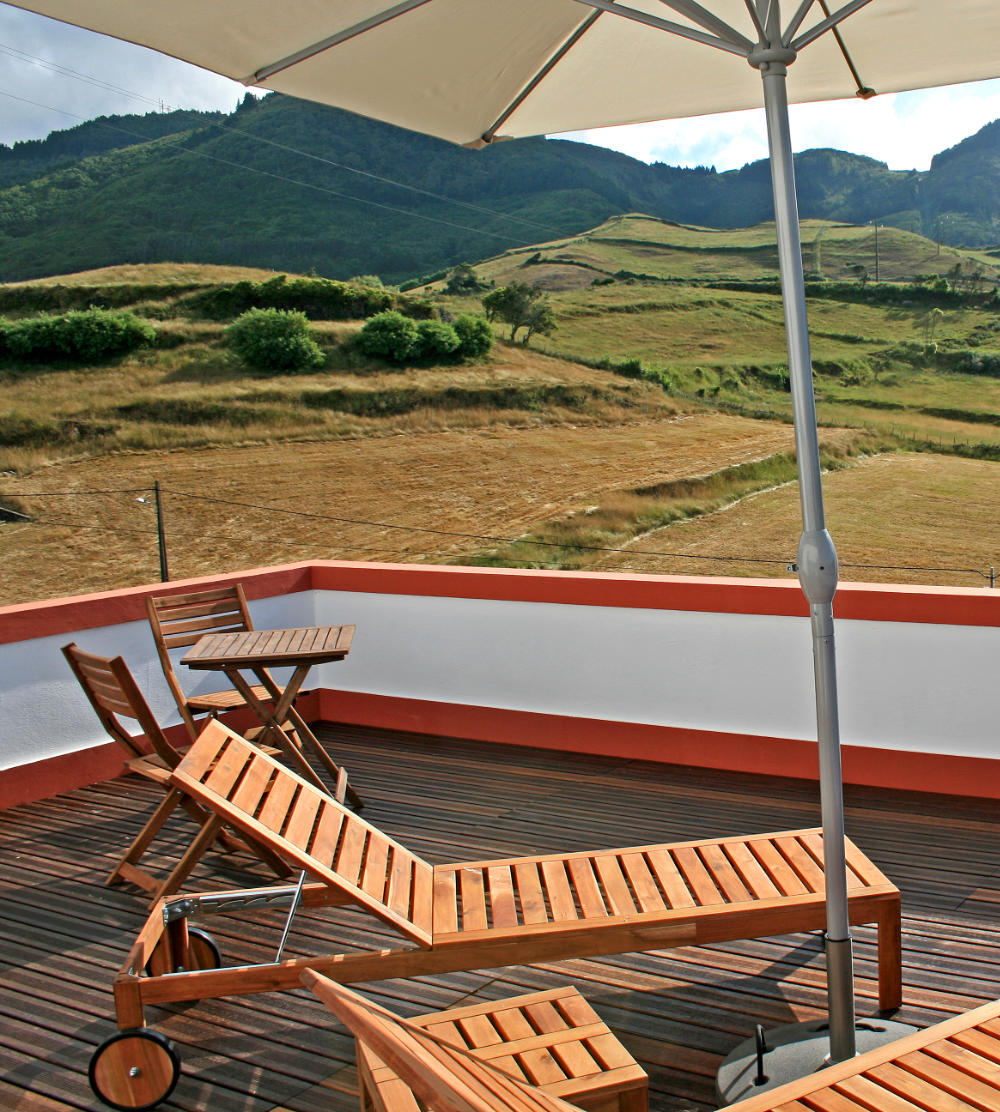 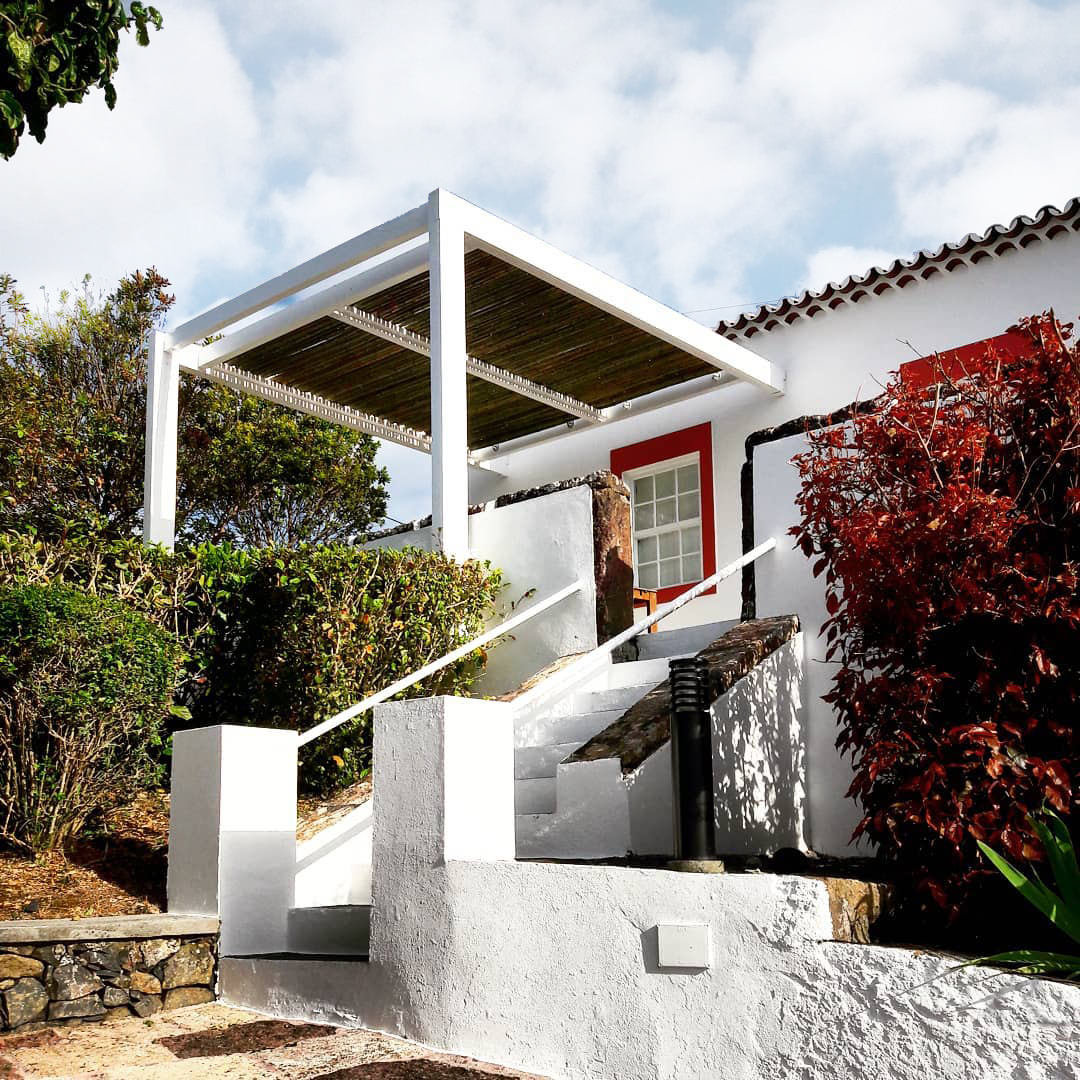 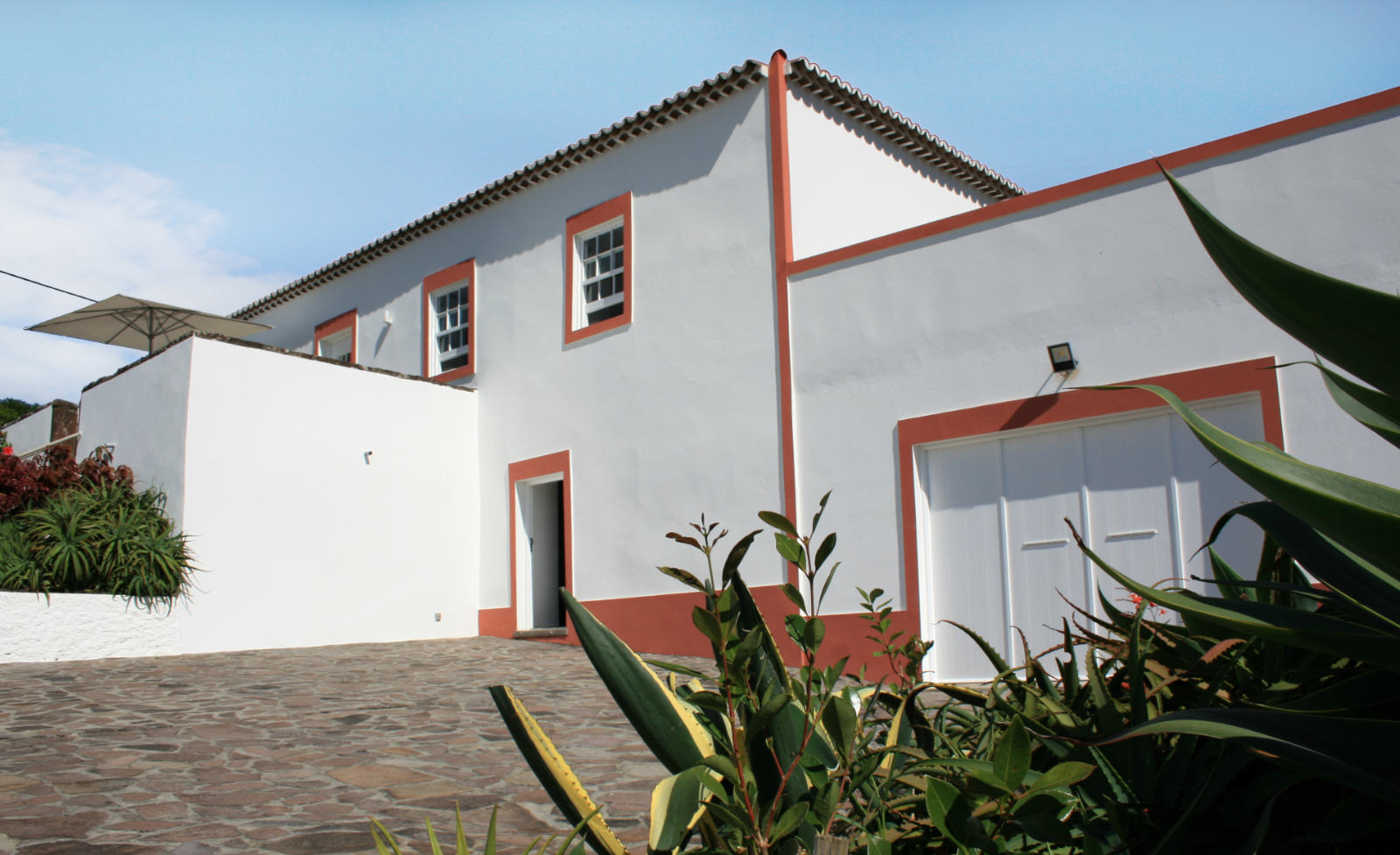 A house at the heart of the Island.

Almagreira is the central parish of Santa Maria, and it is known as “the Heart of the Island”, both for its central position, and for its red painted doors and windows.

Located halfway between the centre of Vila do Porto and the remaining four Parishes of the island, Almagreira, São Pedro, Santa Bárbara and Santo Espírito, the house is just 2 km from the beautiful beach of Praia Formosa. 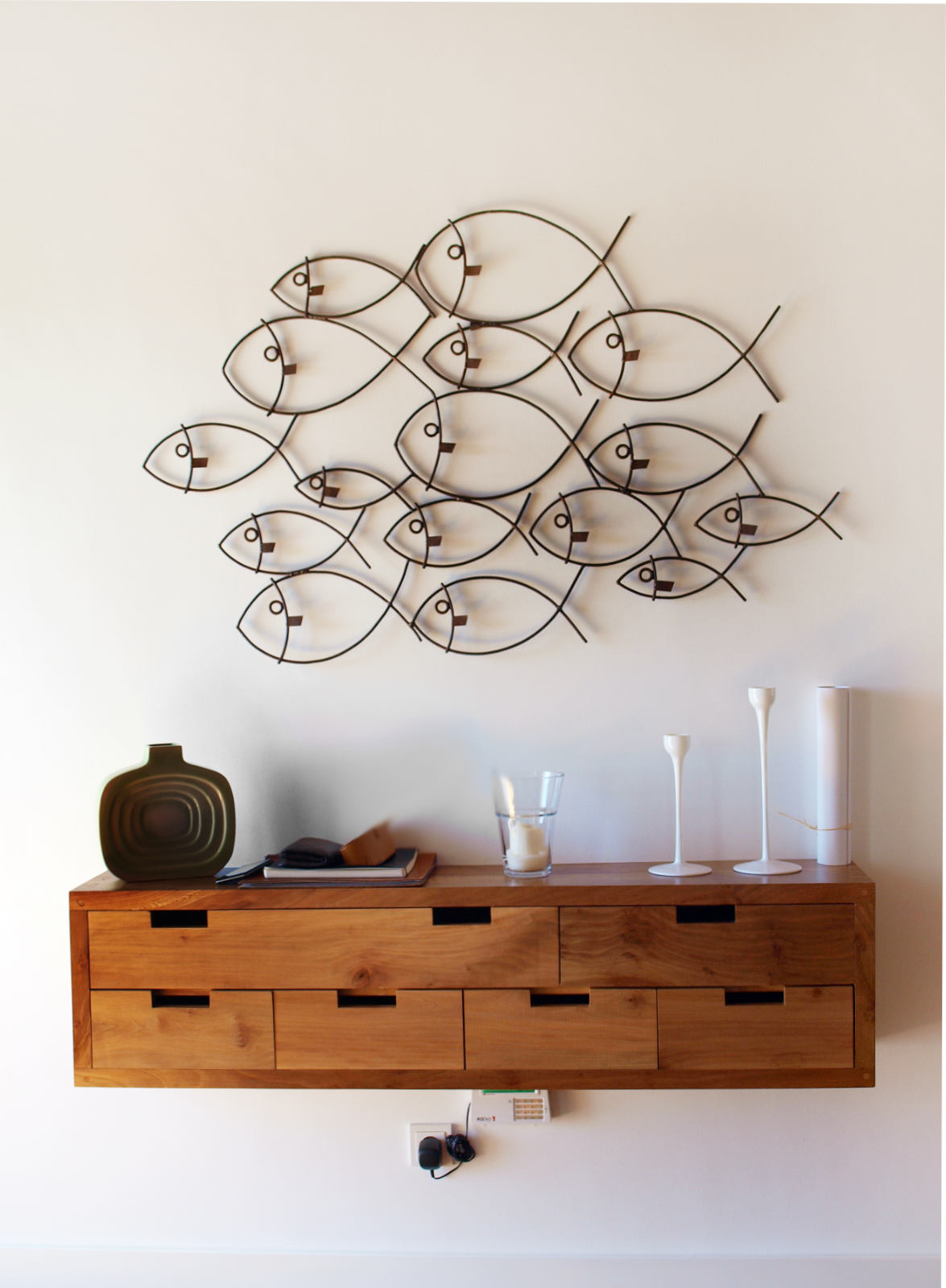 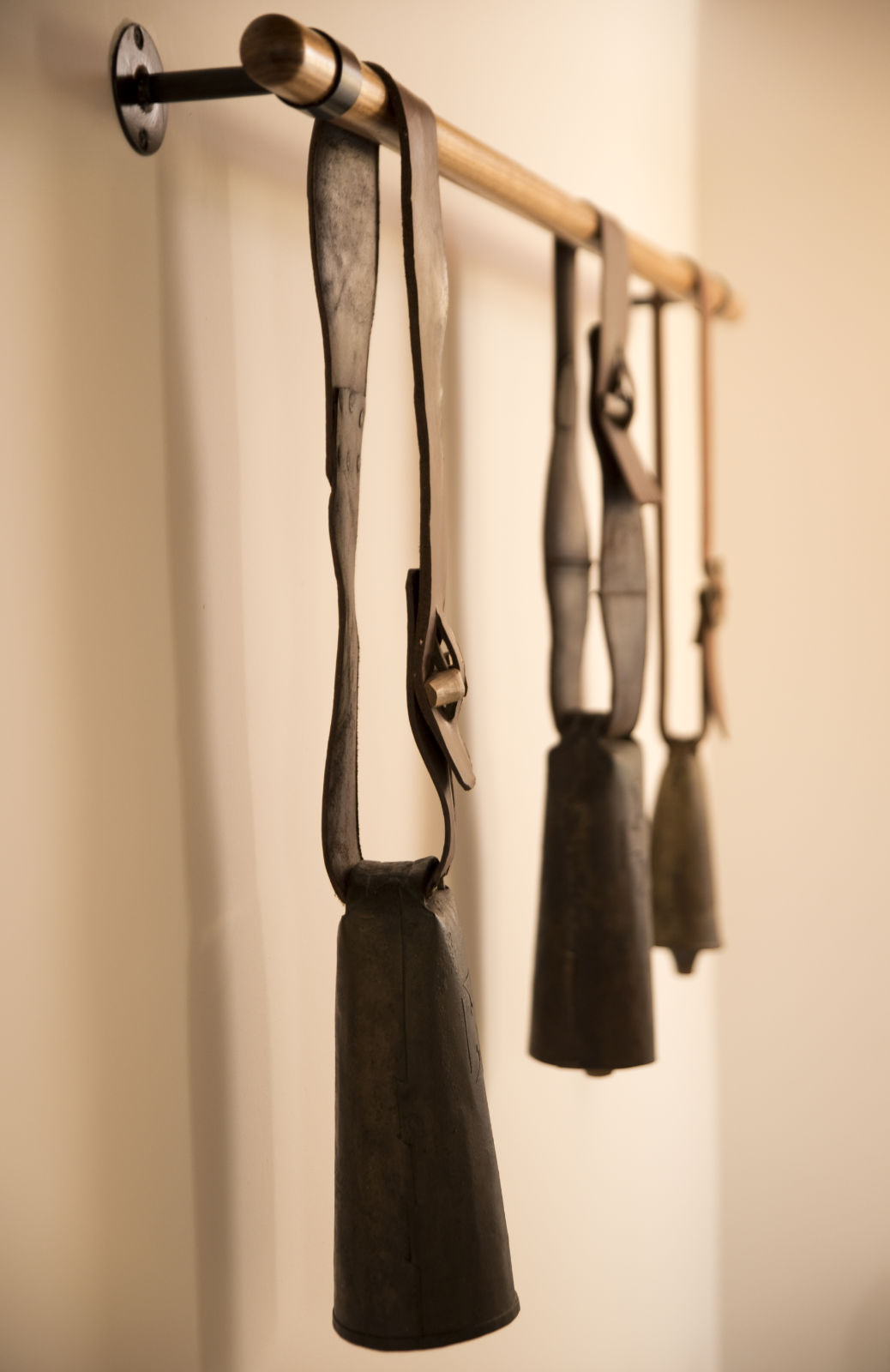 The design of Almagreira seeks to imbue the spirit of the island into its spaces.  The rooms, furniture, lamps, even the linen on the beds, were all designed and created by local Craftspeople, using local materials. There are no pieces without an intrinsic story to tell. 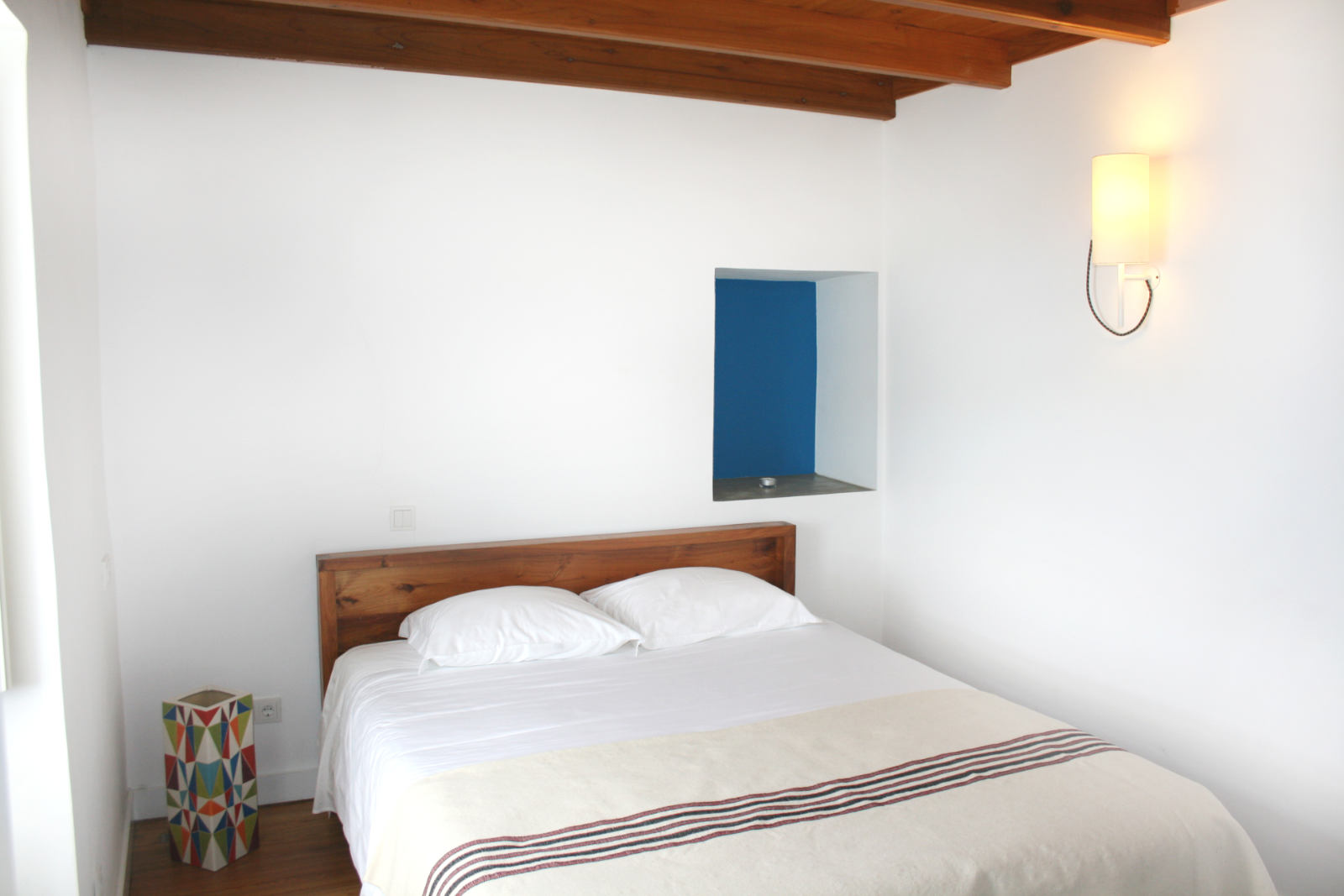 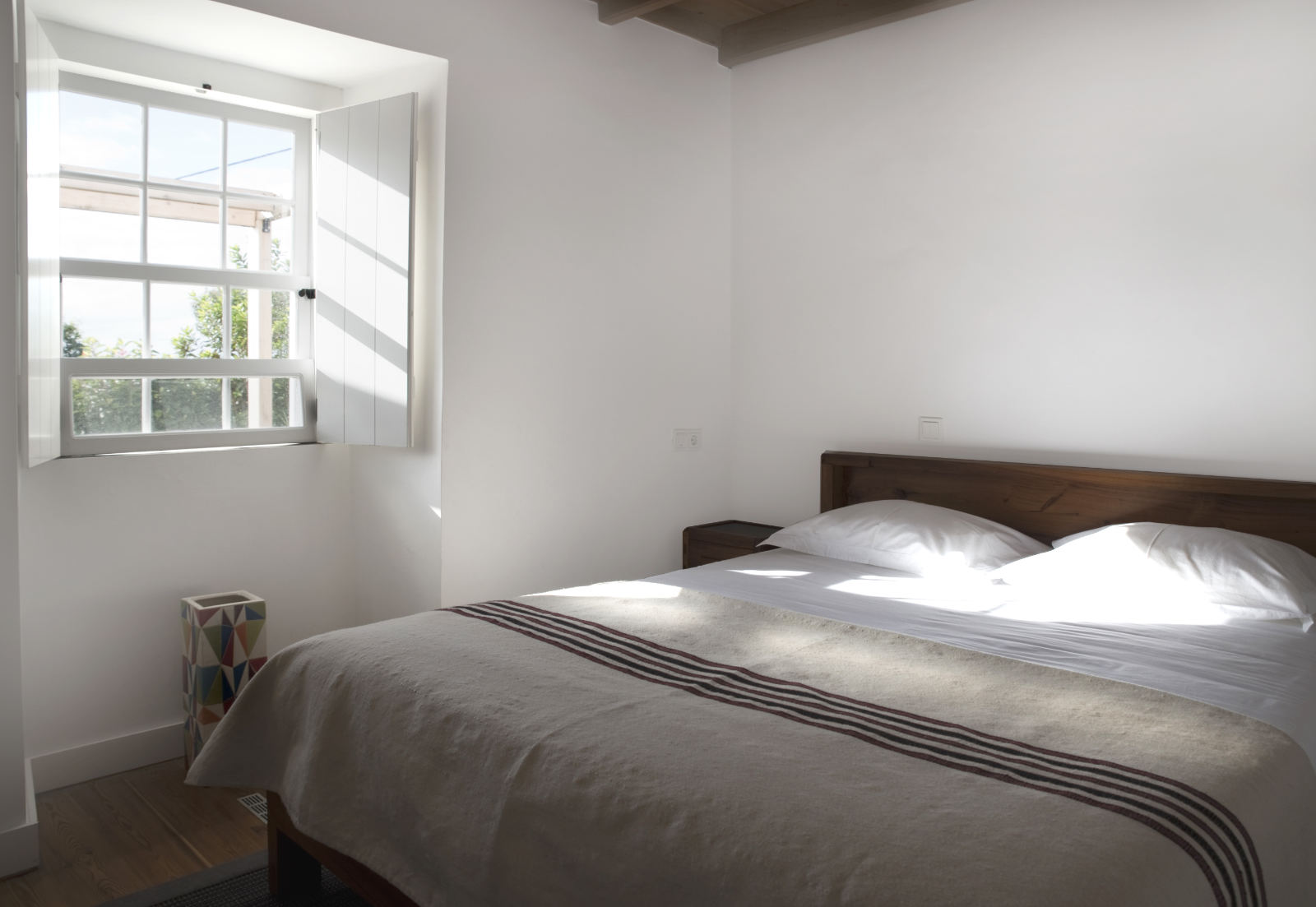 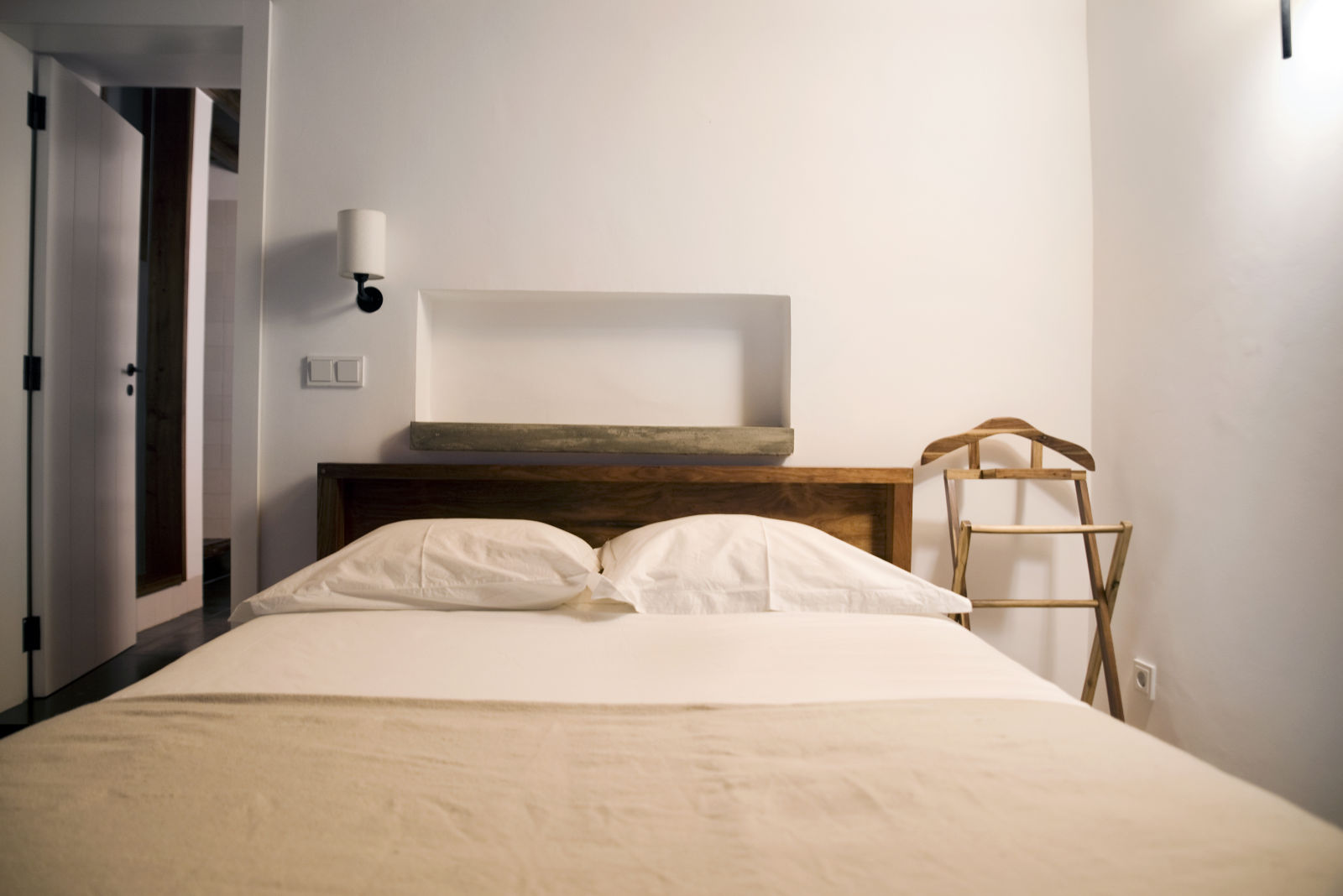 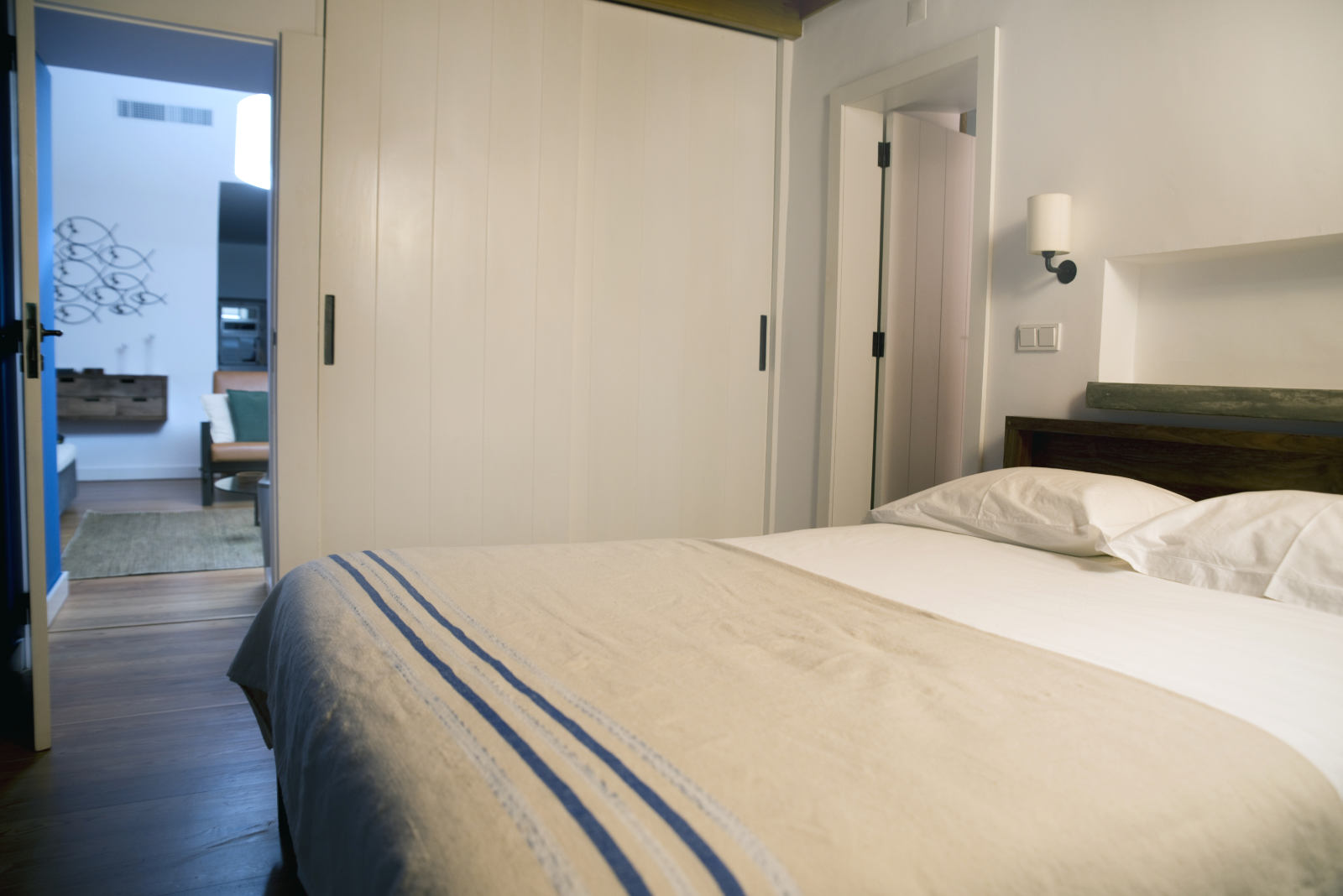 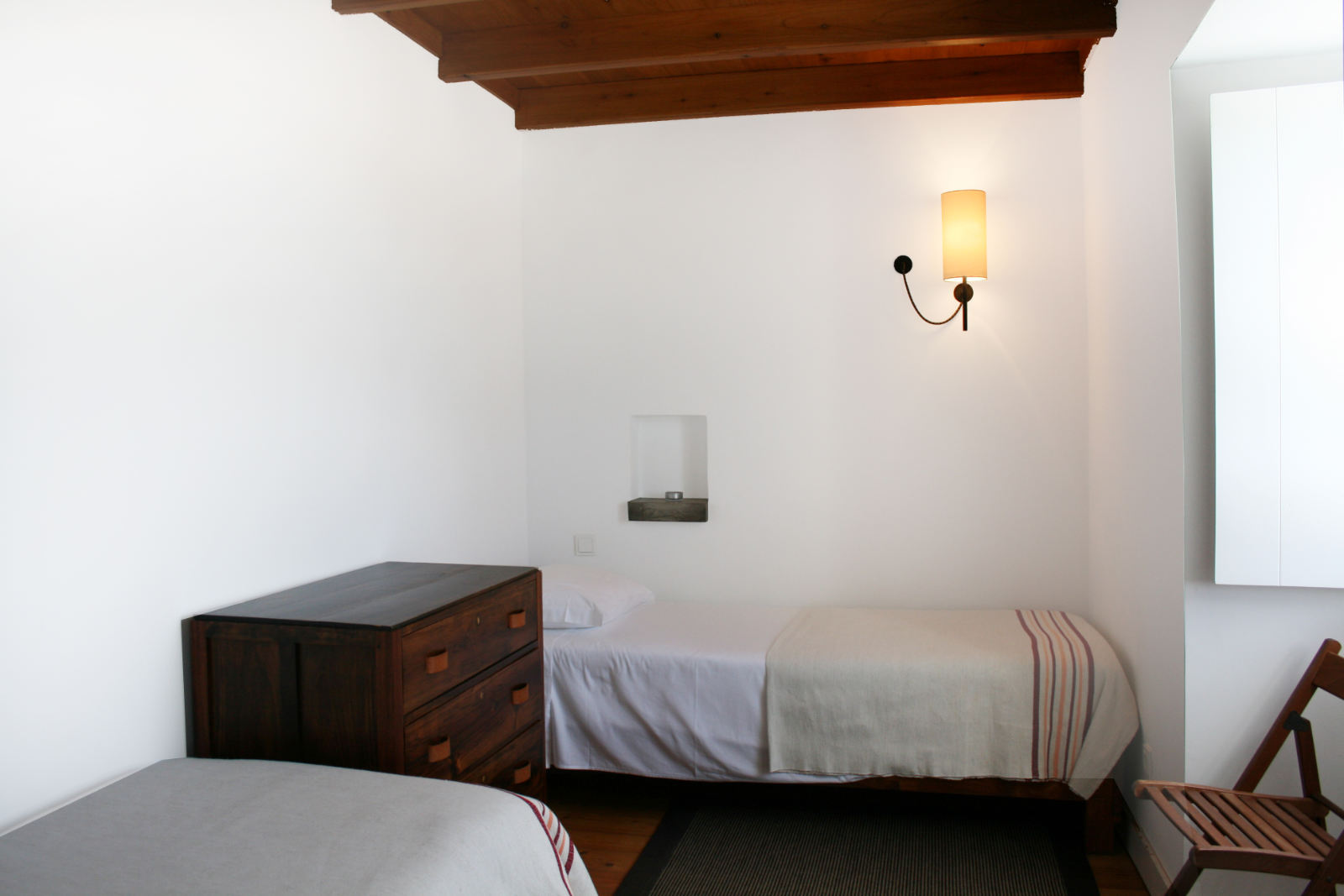 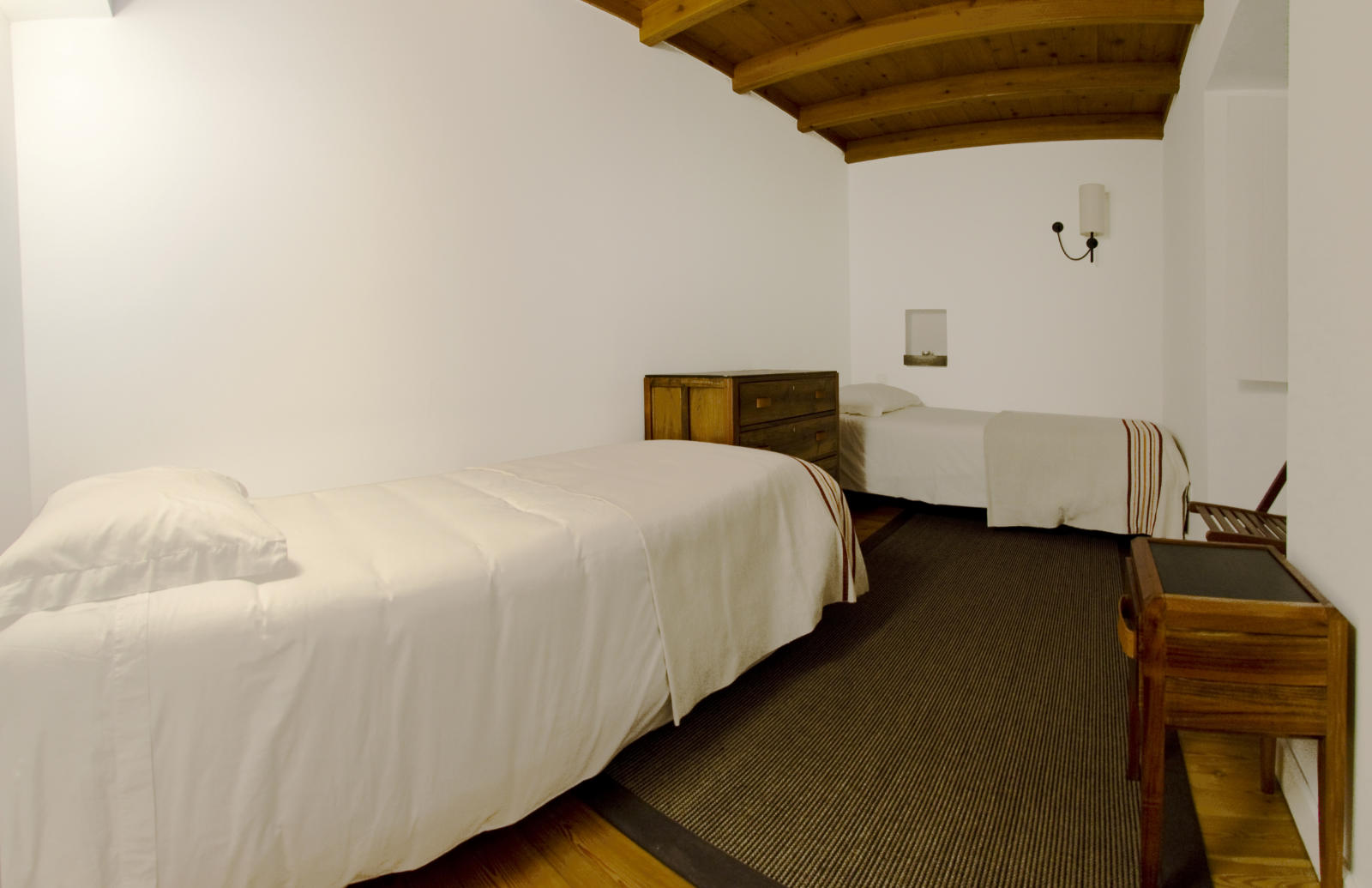 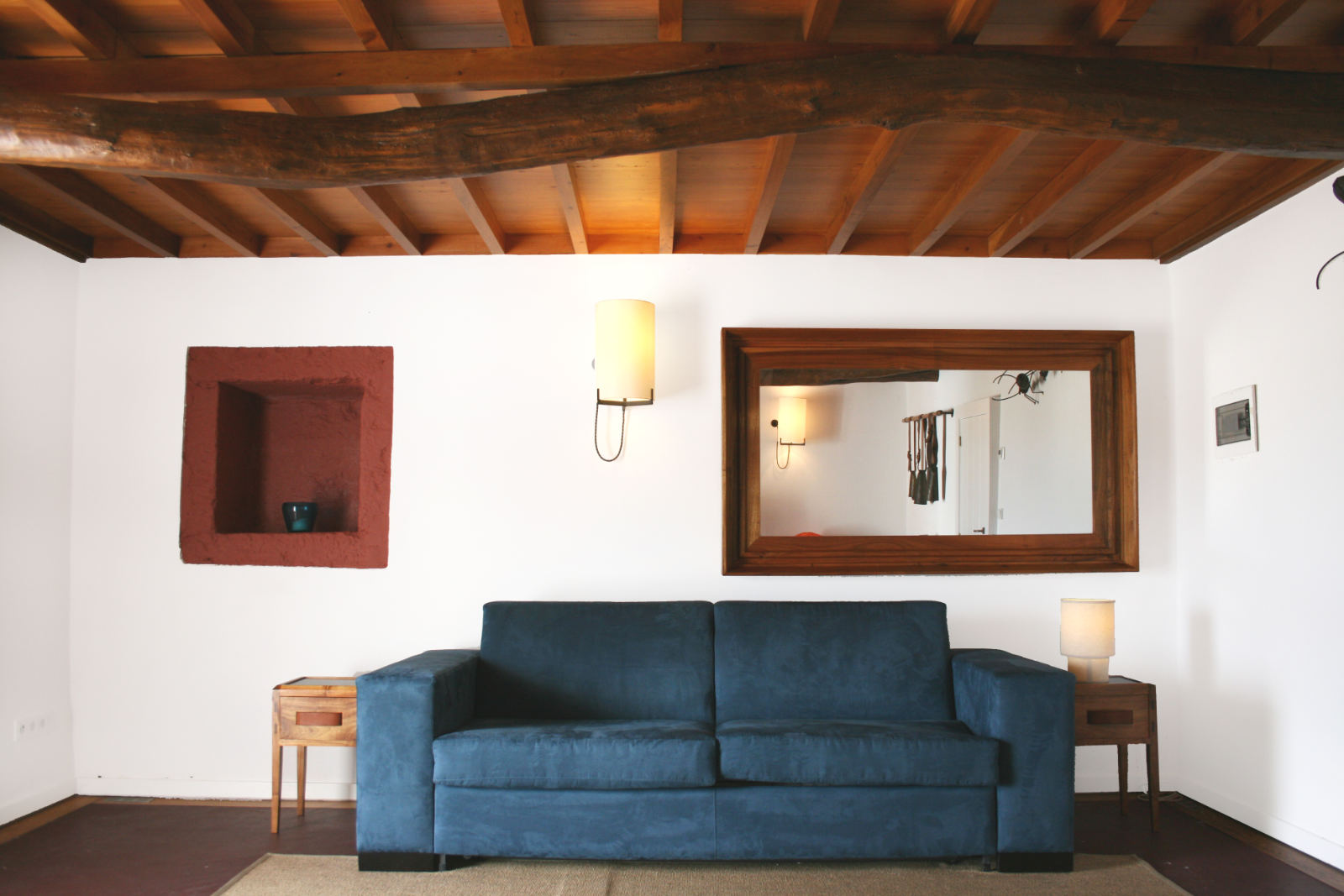 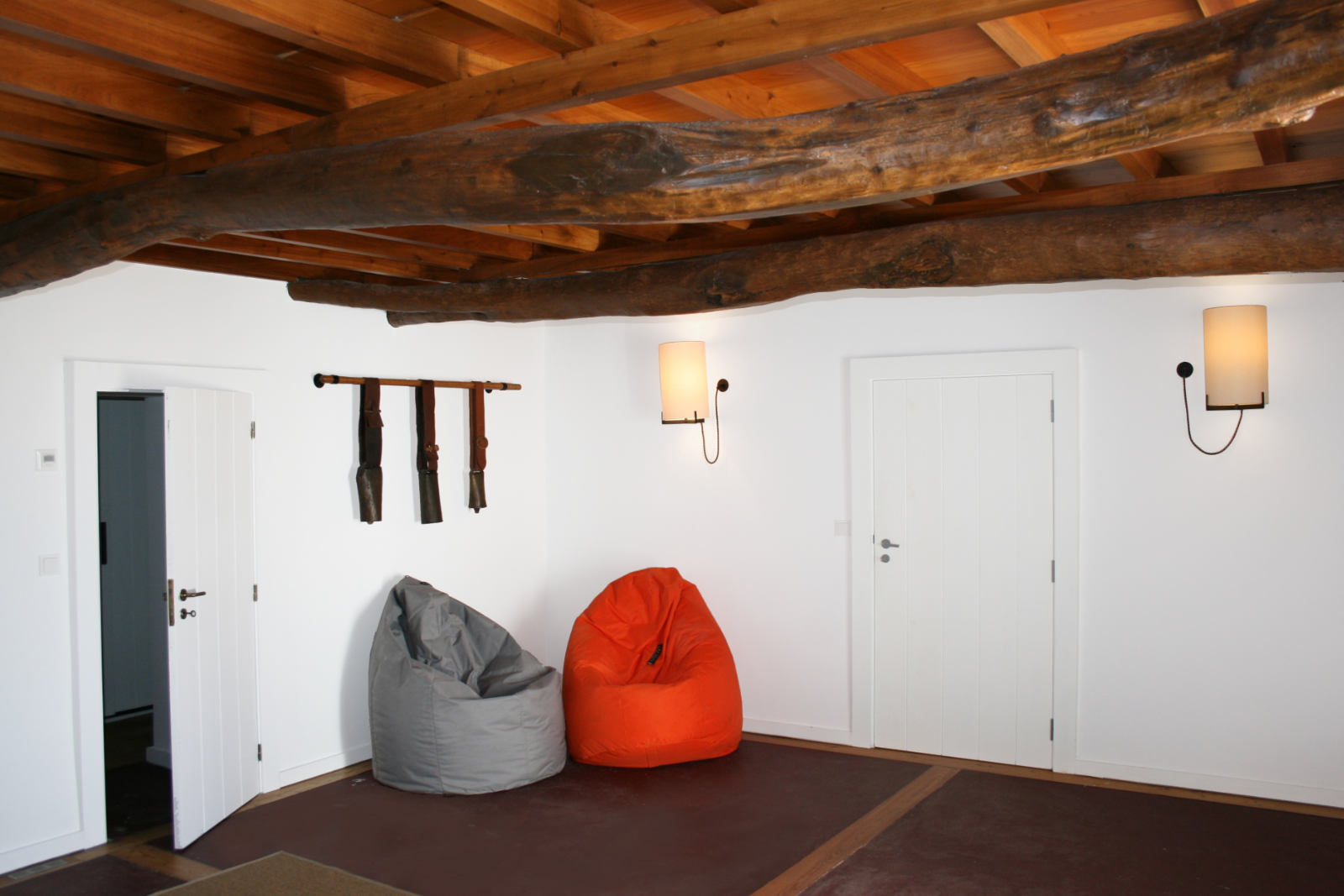 Almagreira has a fully fitted kitchen, several dining and living areas both inside and outside the house, as well as four terraces outside. The space allows for up to 8 guests, with an additional crib for children up to 3 years of age. 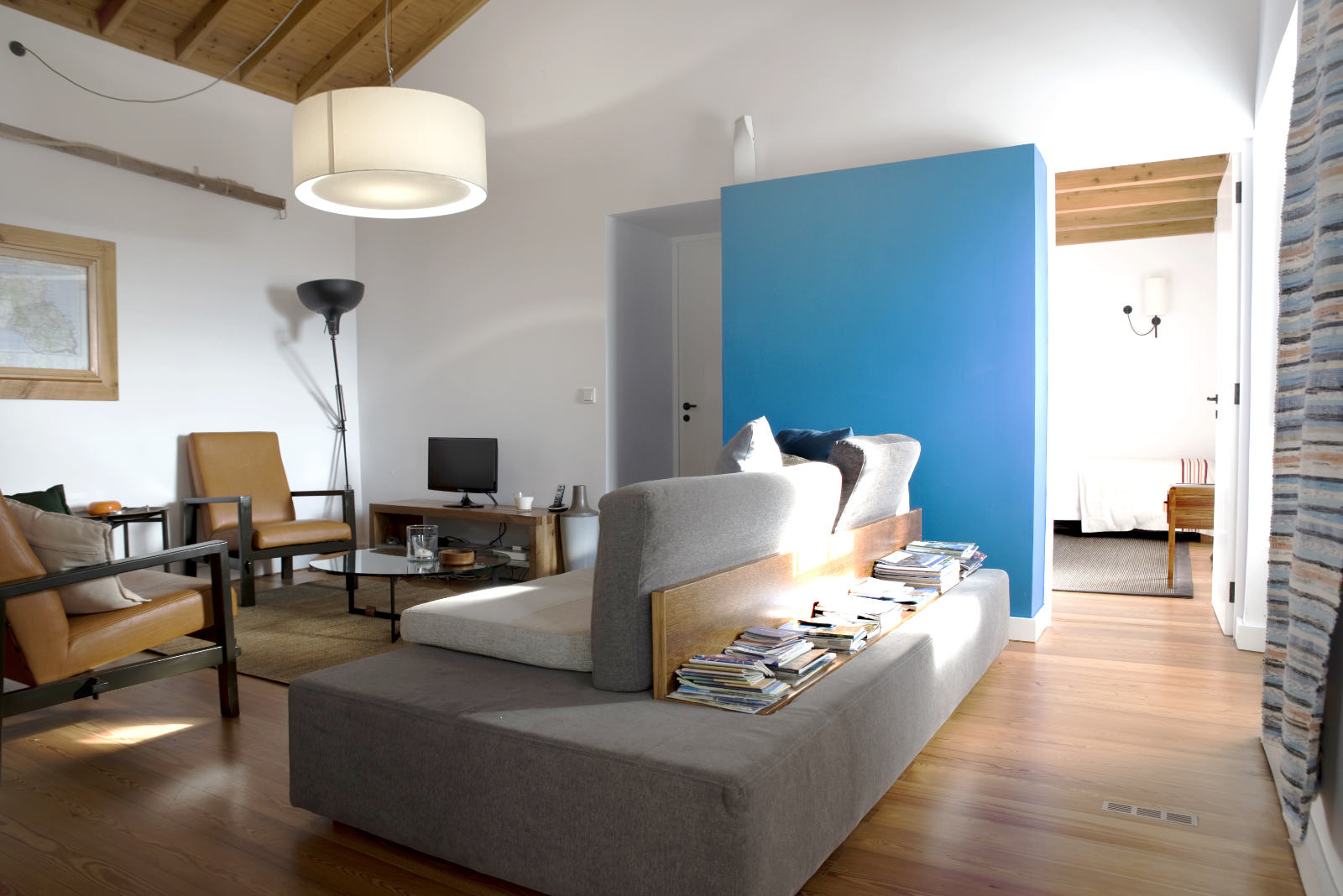 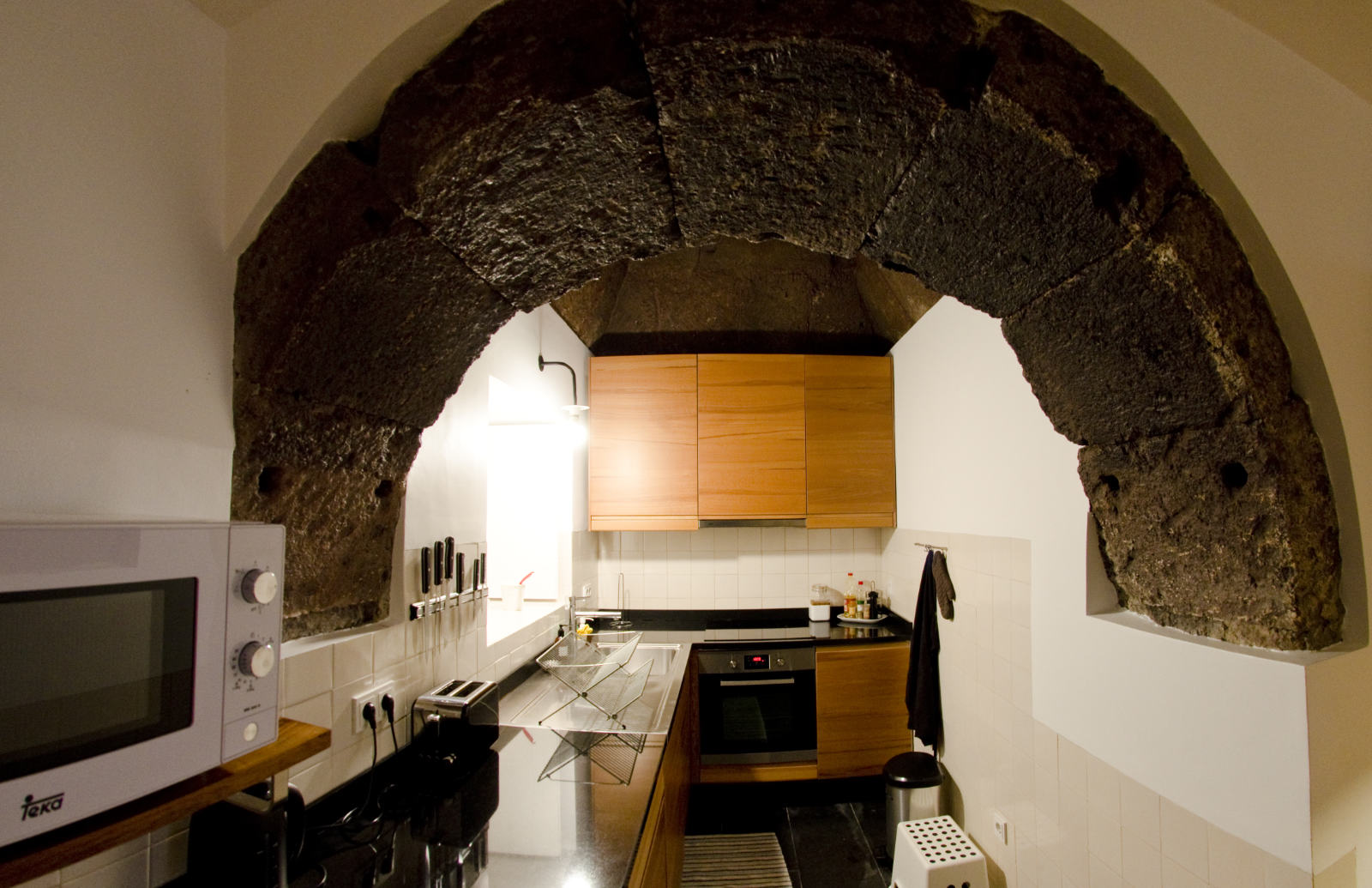 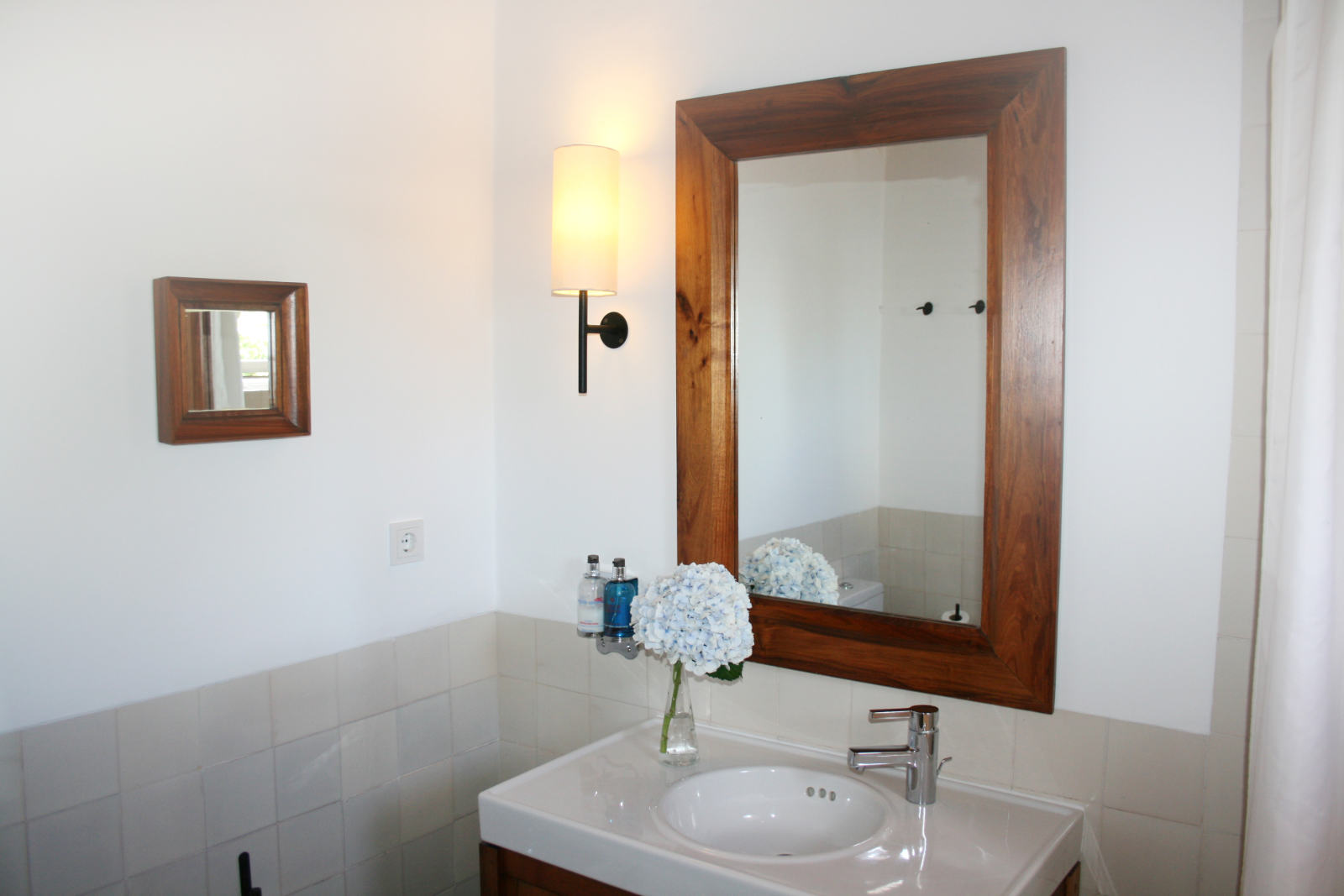 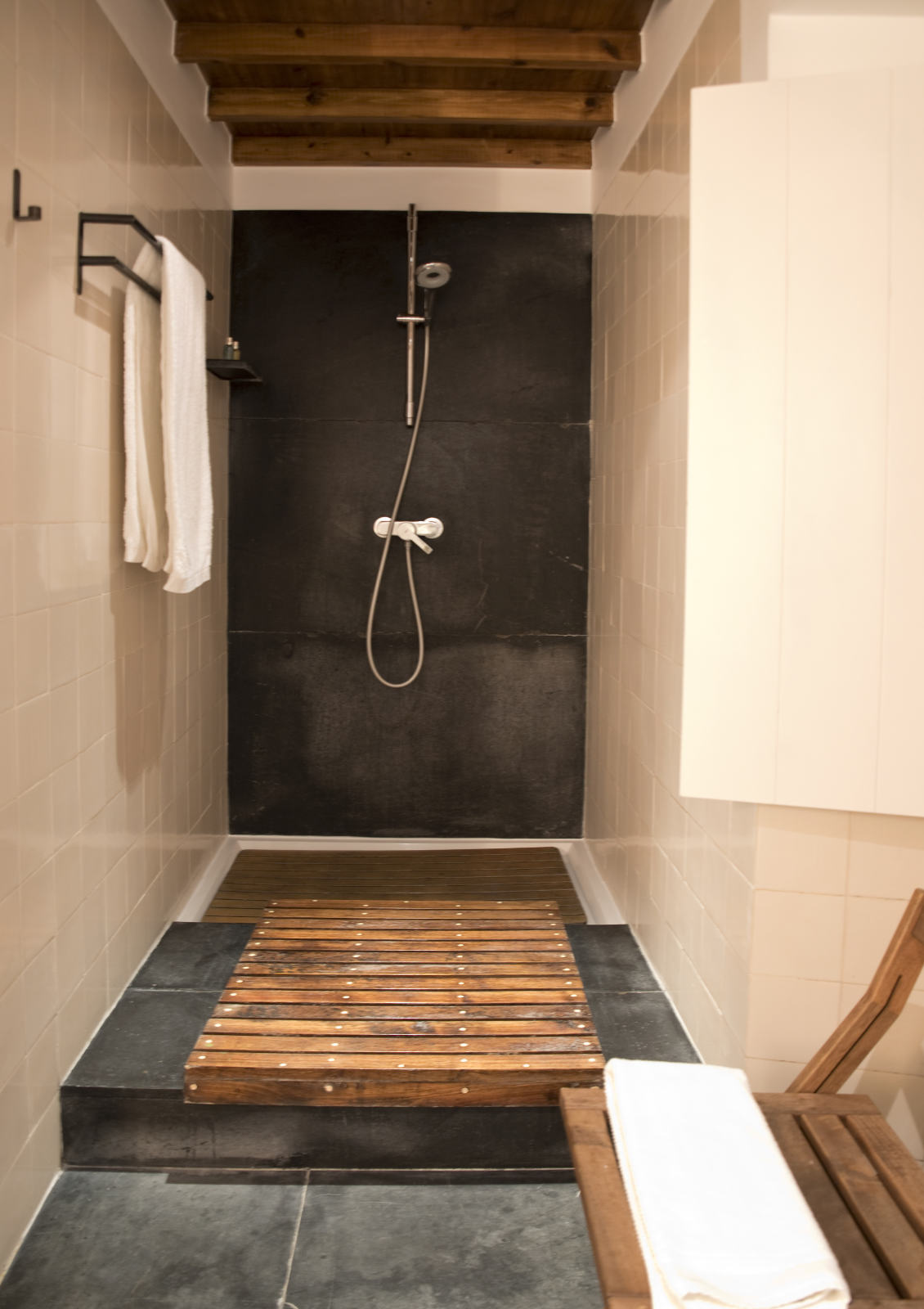 Almagreira is surrounded by stunning natural scenery with splashes of blue from the Atlantic Ocean visible on the horizon. 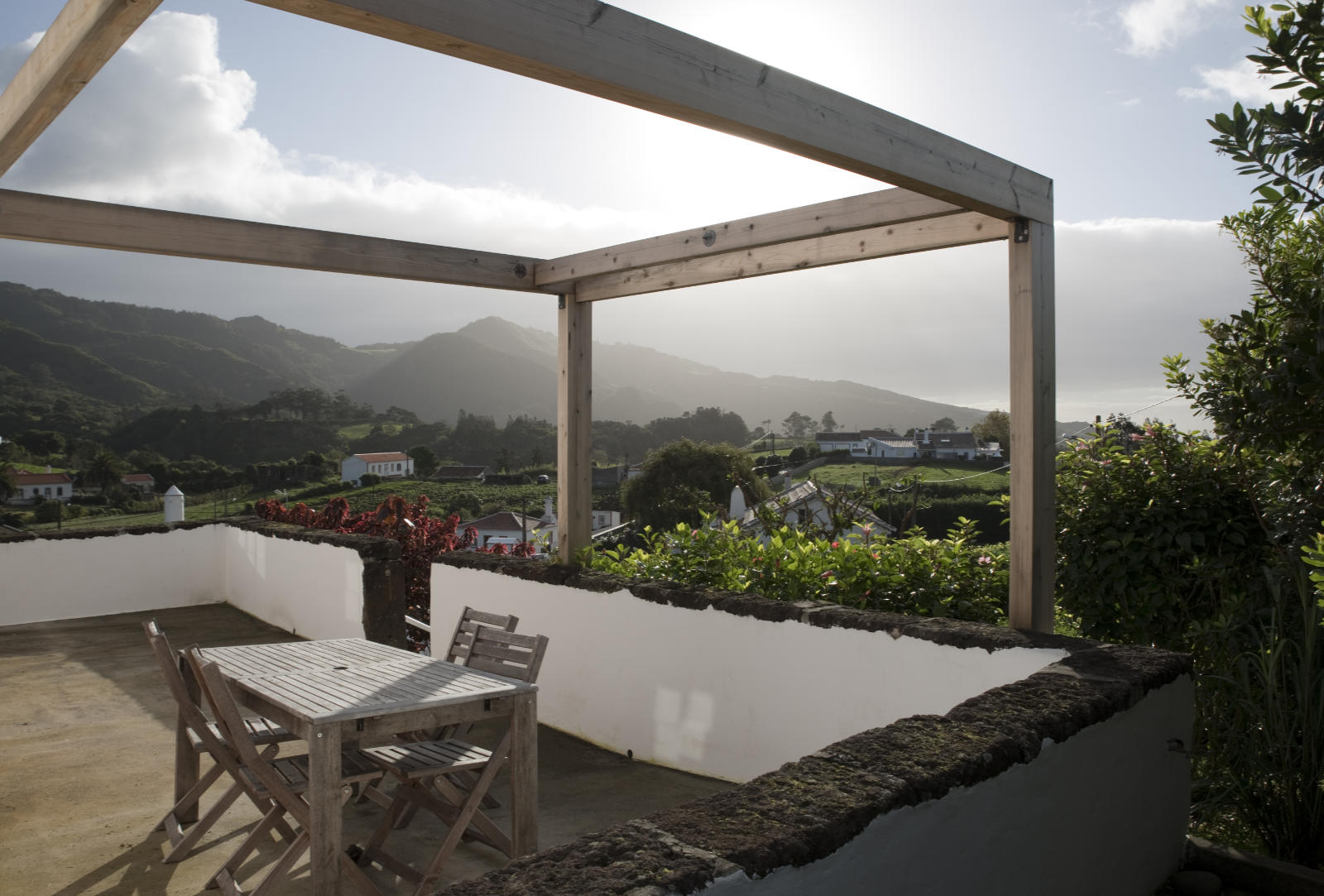 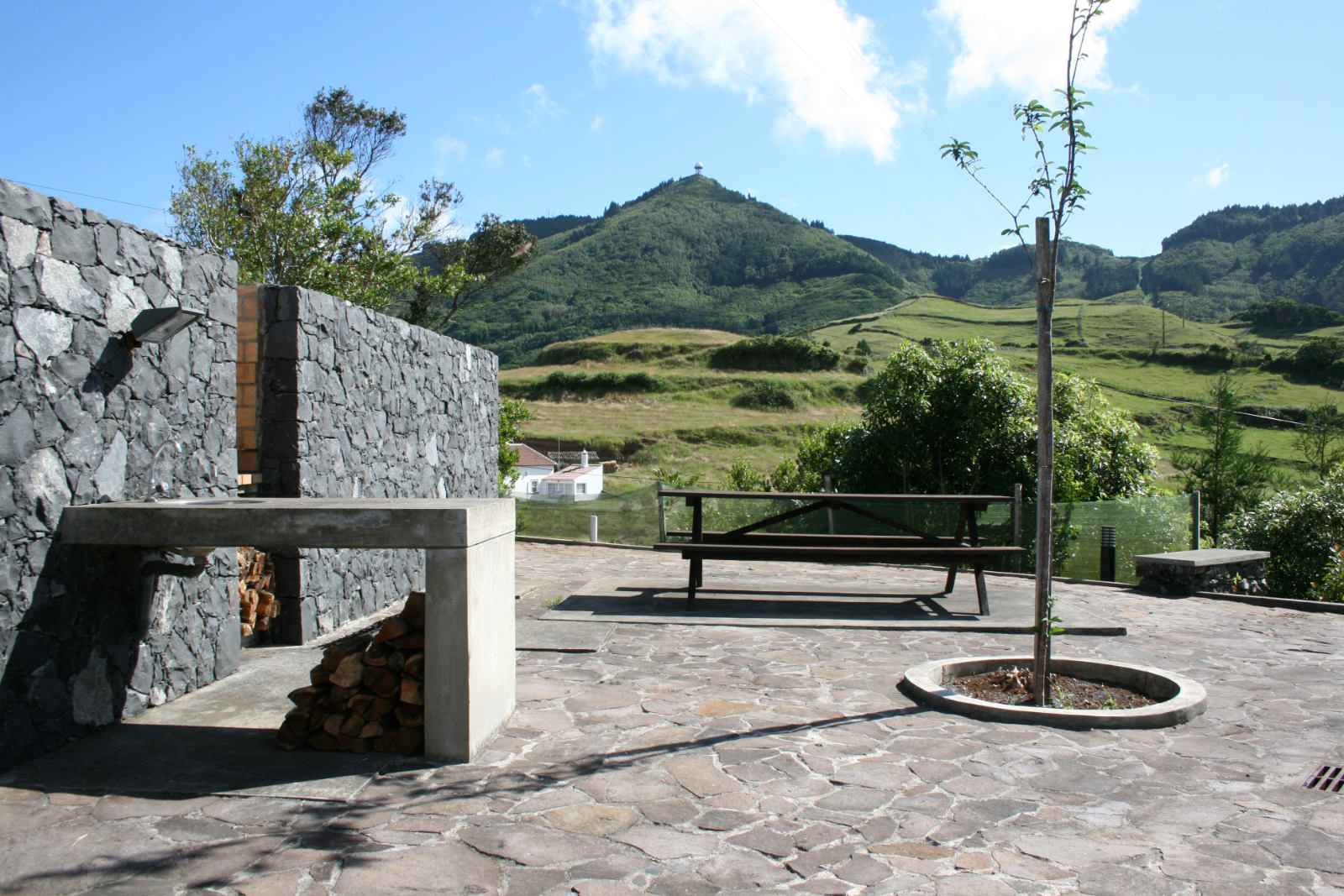 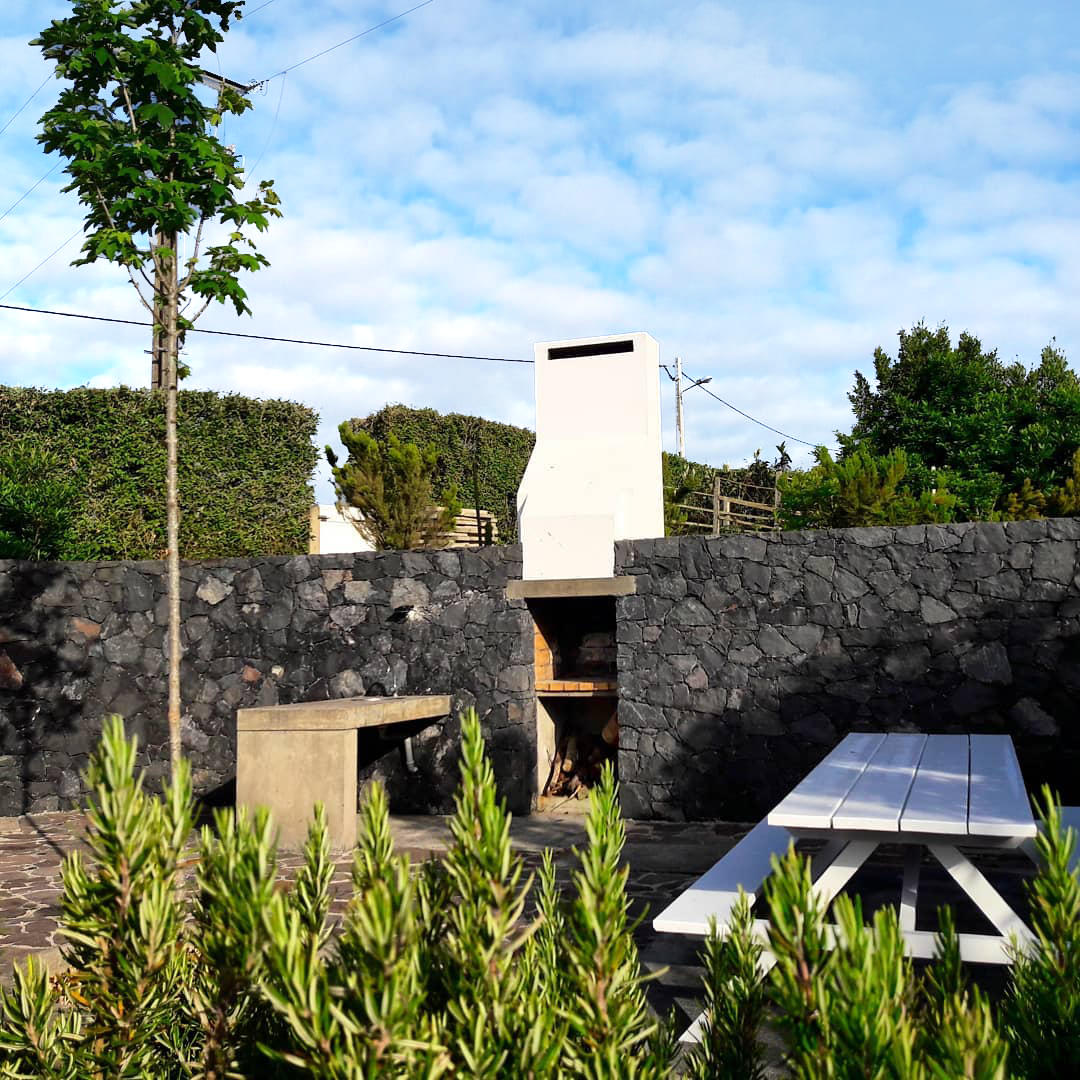